The question of "When did we start in here?" came up yesterday.  For some time I had been meaning to look at my old "Notes" to see when we were due for a birthday party, but never quite got around to it.  Geoff the Sec hauled out his trusty smart phone and found a photo of an empty room dated April 9th.  I have just looked up the notes, and they indicate that the room was "ours" on April 2nd, 2017.  So we missed our first birthday. 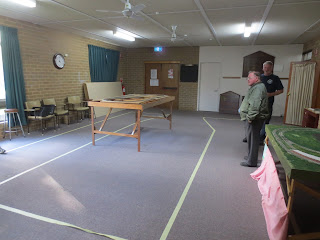 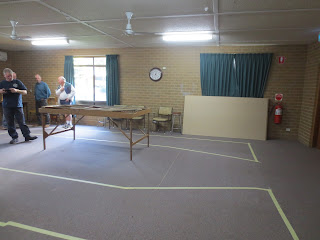 Yesterday was totally given over to scenery, not that I am too clear what every one was up to.   David had brought Joyce along, so the backscene around the John Falls area was repaired, and blended into the photo scenes on either side.  Nice work.  At one time I saw Joyce judiciously applying sky blue to the back scene, then I glimpsed sky blue floating along on the other side of the layout.  A closer look revealed that Judy had chosen to wear a sky blue top to club.  It must have rained in the hills behind Mousehole, because water has appeared in the nameless river, supervised by Martin.  Paul paid us one of his flying visits, continuing to develop Port Gary.  Geoff the Sec did things around Steward,  George and Rod time travelled back 100 years to SE Germany and reshaped the terrain.   I reluctantly started to apply ground cover to the Stanley Creek freight yard.  That's a lot of area, and I like my scenery in small doses.   Dale is working up a brick wall to cover the gap between the ground and the back scene in this area.

George told us that he held the recipe book open for Jane while she created ?  He forgot to look at the heading, so I can only identify it as not exactly a sponge cake, filled with, and topped off with, things that had been bought at local markets.  I can confidently say that it was very good.  As usual, we forgot to organise for next week.

If it seems to be a long time since we had a running day, that is in part because this year April has five Sundays.  So next week is still a work day.  Word on Grant is that he is making better progress than the church .

See you on the 29th
Peter
Posted by Phillip Island & District Railway Modellers Inc at 23:05 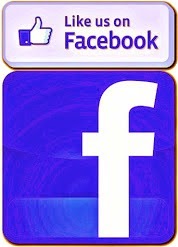